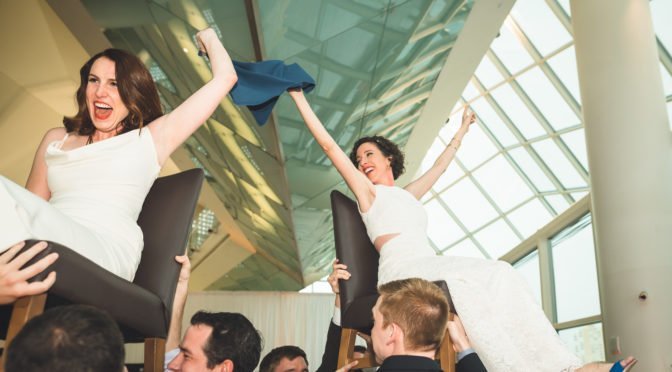 Here’s what the bride had to say:

Adam was the best DJ we could have asked for. He worked at length with us on how the night would play out and made the music and the night about us. I would recommend him without a doubt- he is a professional and knows what he’s doing.

Venue: Cira Centre Atrium – A great venue with stunning views. Part of the Garces Group so the staff is professional and the food is outstanding.
Photographer: Anton Drummond – A photographer with a great eye. Really nice guy as well. Scroll down to see some of his work.
Videographer: Well Spun Weddings – A national service with some great local people. Great service with a nice price point.
Wedding Musicians: Miss Musique – Award winning musicians.

The brides performed the Jewish ritual of Circling the Bride.

From the DJ’s Perspective

Wiring the Cira Centre for Sound

Sound for the Ceremony

Miss Musique provided live music for the ceremony.
We set up a sound system to play music before the string musicians started, and to amplify the officiant. In order to maintain the visual appeal of the background, we hid our speakers behind some plants. That way the guests were able to hear the wedding officiant but didn’t have to look past my speakers to see the city skyline.

Sound for the Cocktail Hour, Dinner and Dancing

The primary sound system was set up in the corner of the Atrium. 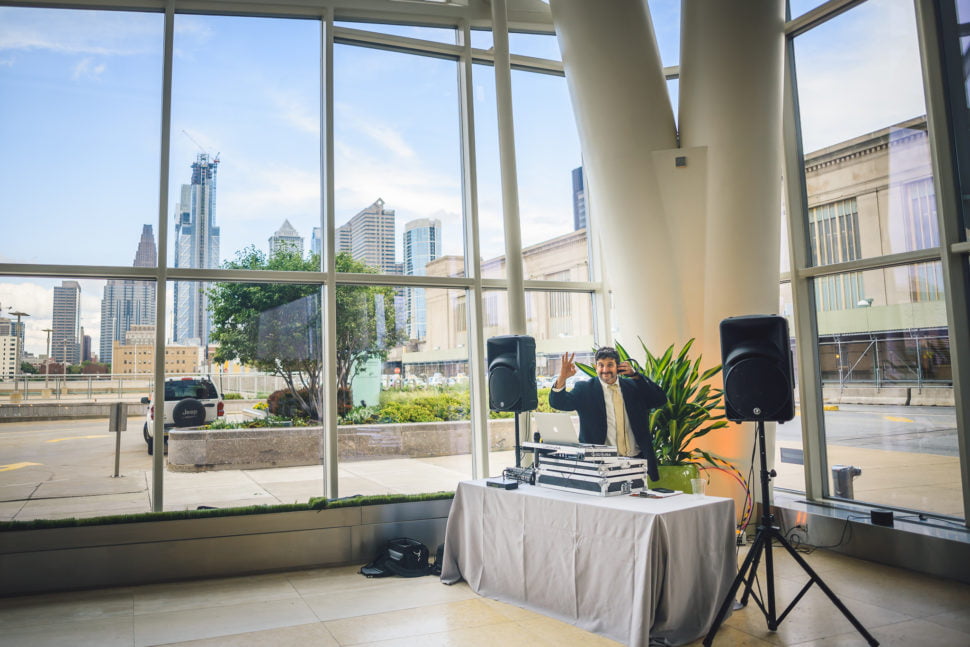 In order to share sound with the restaurant, we ran our longest wire from the primary sound system all the way into the restaurant and plugged it into a speaker right at the doorway between the inside and outside part. We then daisy chained it to another speaker even farther into JG Domestic.
In the video below, you can see the speaker distribution. I start in the back of the restaurant and pause at each speaker. The volume is appropriately low in order to allow guests to have conversations during dinner. But there were still a few people dancing anyways.

Why all the wiring? And why should I care?

Shoutouts to all the people who made it to the wedding.

‪Here's how you shoutout all the guests. Note the expert mike usage. ? ? #maurasaidjess #WeddingDJ ‬

This was our polite way of saying, “no requests, please.”
For our greatest No Play List ever, click here.

Listen to the Cira Centre Wedding Playlist on Spotify

There was some amazing weather on the day of the wedding. It was sunny during the ceremony, but it poured rain right after. During the cocktail hour, a rainbow appeared above Philadelphia. Soon it became a double rainbow.
I caught the brides on their way out for a picture: 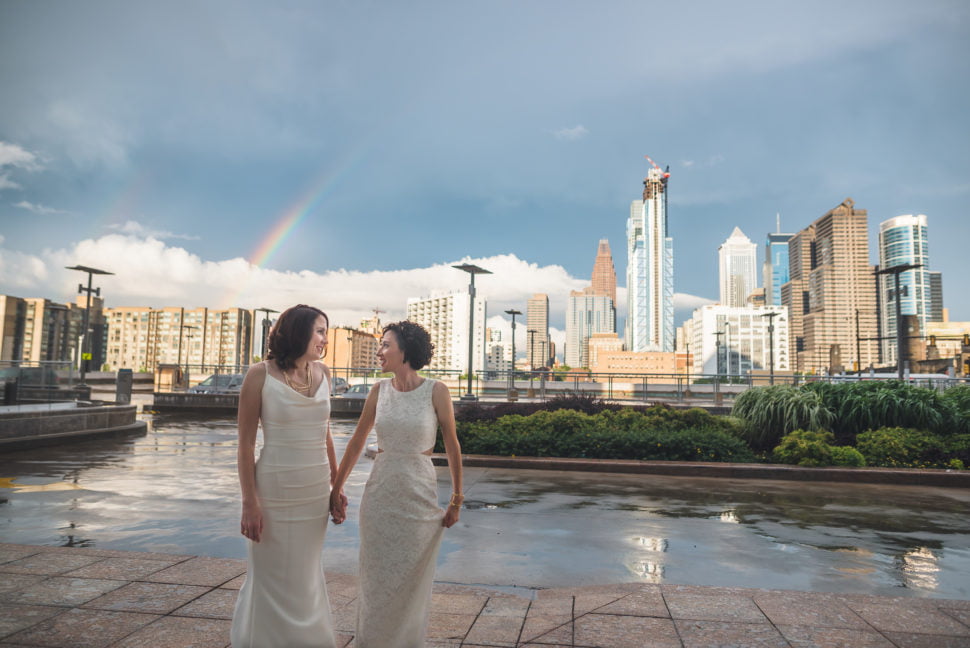