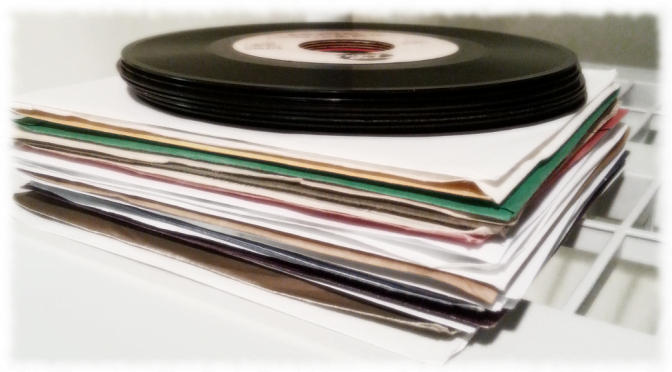 This is the time of year for Best of 2014 lists. Billboard, Spotify and Shazam can show you which songs topped the charts, were streamed the most, and caught on quickly in 2014. Music writers have different metrics: they write about the music that they liked, rather than what was played the most. Earning high marks this year were Sturgill Simpson, Temples, First Aid Kit, Future Islands, and The War On Drugs. These are all artists I’ve had in heavy rotation, and were included in a mix I released this summer.

In each Best of 2014 list, I discovered a new artist or album that I had never heard of or listened to. Read on for the best music I nearly missed in 2014.

Last Minute Discoveries From The Best of 2014

The Key is a Philadelphia based music blog from WXPN. Their list has some indie darlings like Ryan Adams, TV on the Radio, St. Vincent and local heroes The War On Drugs. The best discovery from their list is Philly based rockers Cayetana.

This is one of two lists by Lindsay Zoladz at Vulture. Her #1 pick was Frankie Cosmos – Zentropy.

I think this list was made by a robot. East India Youth had me with the glacial references:

From Aquarium Drunkard :: 2014 Year In Review

Aquarium Drunkard is a Los Angeles based blog by Justin Gage. He’s been an inspiration to me personally, as a DJ and blogger, since 2005. Besides the blog, he has a weekly radio show on Sirius XMU, and a record label. His annual year in review is “an unranked list of albums that caught, and kept, our attention in 2014.” The list includes new music like Sturgill Simpson, Strand of Oaks, The War on Drugs, Damien Jurado, and reissues, like Ned Doheny, Mike Cooper, and John Coltrane. Since I’m such a fan, I was familiar with most of his list. But then I found Sinkane – Mean Love by Sudanese-born session musician Ahmed Gallab:

From Unlucky In Love, 13 Albums That Deserved More In 2014

This is a great list,carefully curated by The 405, a music and culture blog based in the UK. The artists are from all over the place: England, France, Denmark, Brooklyn, anywhere great music is made. William Caston Cook explains his list:

I decided instead to focus on a bunch of albums that came out this year, albums that I think deserve more love than they actually got from dickhead writers like myself. I wasn’t trying to pick out the most obscure bands in the world – I just picked the albums that I really loved that didn’t get the attention they deserved. No agenda, just a filter that is based on artistic merit.

French orchestral pop band Mermonte get the list started, and their dynamic sound should be enough to get you hooked.

NPR does not discriminate musically so their list contains has a wide variety of genres which led us to some really amazing and unexpected music. There’s country, rock, alt-rock, jazz, violin, and stuff that we can’t even describe, like Brown Sabbath: Black Sabbath covers by Austin based Latin Funk Band, Brownout.  The most interesting entry on their list is Kenny Dixon, Jr’s wild and eclectic Moodymann.

David Dye is the longtime host of The World Cafe, a nationally syndicated radio show produced here in Philadelphia at XPN. It’s unclear why he included Beck’s new album, but the rest of his choices are fairly solid: The War On Drugs, TV on the Radio, Spoon, Sturgill Simpson, and Old 97s.  His list made me give in, listen to and love Hiss Golden Messenger.

From Indie Shuffle Best Of

Indie Shuffle seeks out the best tracks available on Soundcloud. They have lists for Best of 2014 Remixes and Mashups, Indie Pop, Psych Rock, Covers and more. But my favorite playlists are Electronic, and Chill Music. That’s where I found this killer track from Youandewan : a chill remix of Souls of Mischief – 93 to Infinity.

Ought – More Than Any Other Day

From Pitchfork’s Top 50 Albums of the Year

Pitchfork leaves no stone unturned. They relentlessly pursue the best music that others are missing. It’s worth going through their list just to find links to small label Soundcloud pages. I started following about 15 indie labels as a result of going through their list.  The top of their list is a lot of indie favorites like Ariel Pink,  Run The Jewels, FKA Twigs, Todd Terje, Aphex Twin, Real Estate, and, of course, The War On Drugs. The lower on their list, the more interesting the music. I found Ought at #39 on their list.

There’s nothing “under-the-radar” about the top 50 songs on this list. But digging deeper down, clocking in at #63 is Neuroplasticity by Cold Specks. This album turns up on a lot of other lists, including The Wall Street Journal. (See below.)

The Best Year For Music?

Wall Street Journal Rock Critic Jim Fusilli discusses his top 5 albums of the year. Fusilli makes a great point about this moment in the history of pop music. The best artists are liberated from trying to make mega hits with mass appeal. Instead, artists can focus on making music they love and think is great. And if it is great, then it will find an audience.