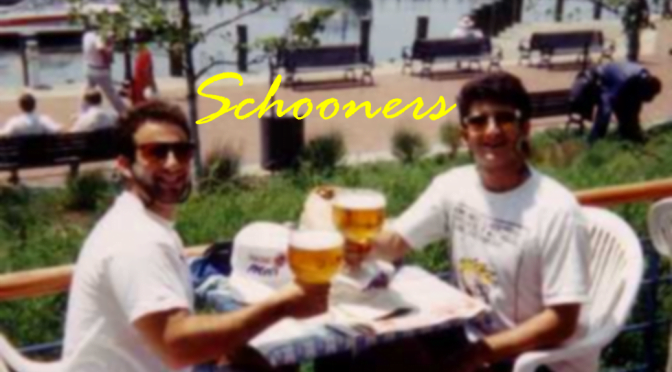 Schooners can refer to a class of sailing vessels, or a type of glass. In this context, I’m referring to the latter. In 1991, my friend Chuck and I went on a road trip from New York to Florida. We stopped for a beer in Newport News, Virginia, where the waitress told us that they had a happy hour special on Schooners. We had no idea what she meant, but, as our grinning faces show, we were happy with what we received.

The cover art is an homage to my friend Chuck and that legendary road trip. The music on this mix includes Scandinavian artists, female vocalists, and songs by or about bears.

As usual, I have a bunch of Scandahoovian artist on the Schooners, as well as some female vocalists. I also have a bunch of bears on this. I had a little difficulty with the bear segment of the mix. I realized that the electric version of Little Brother by Grizzly Bear was a little too slow. So for as much as I liked it I had to swap it out for the original version. I had only recently gotten turned on to Minus the Bear, and wanted to have one of their tracks on the mix. There were a number of other songs either by Bear Bands or about bears that didn’t make it in, but I feel I should mention them here in case the listener chooses to get more bear into their musical diet: 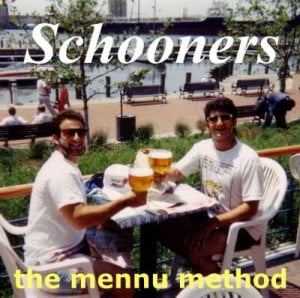