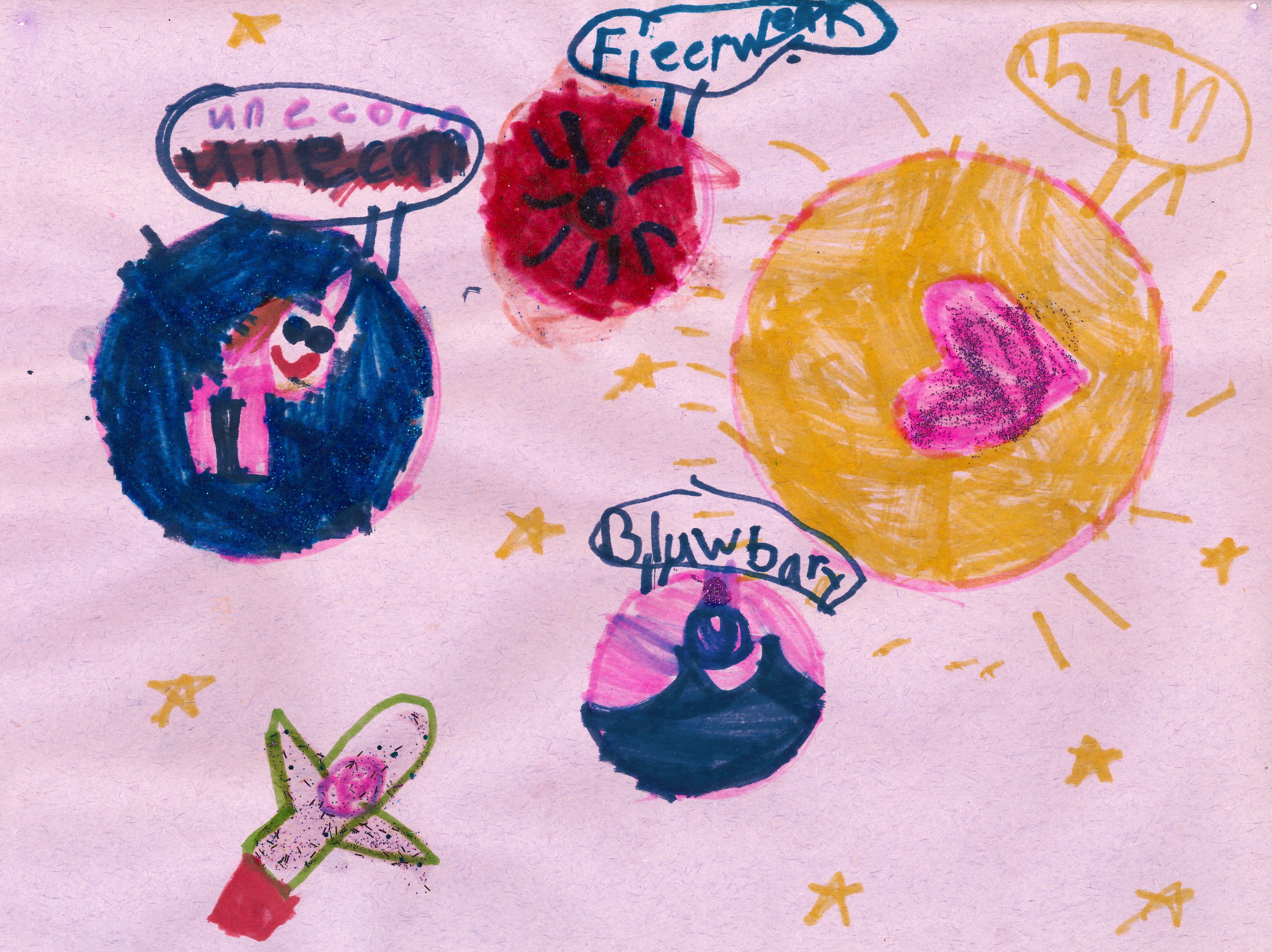 20 tracks that will transport you to an Alternate Solar System.

The muse for this mix is an image of an Alternate Solar System drawn by my daughter Sela. The planets Blueberry, Unicorn, and Firework orbit around a sun with a glittering pink heart at its core. The songs are specially curated to bring a smile to your face, open your imagination to new possibilities, and think of paths you might have taken as you continue on your current trajectory. Genres include soul, funk, alternative, indie, R&B, dance, and jazz.

There will be a lunch break with Hot Barbecue, Fried Chicken, and Canned Champagne.

You can stream the mix on Mixcloud or download the mix as individual MP3s that will play well in your MP3 player of choice. I’ll be burning a few on discy discs, like, the kind you might put into your car stereo. More on that below.

It’s on Dropbox and Google Drive. Whatever floats your boat.

The Spotify version is almost 3 hours long and jam-packed with all kinds of goodness.

I haven’t made a CD mix since Squires in 2010. Despite this, I have a drum of blank CDs on my crowded desk – as if I’m going to burn a run of CD mixes to hand out to friends! During the first decade of the 2000s, I used to hand out discs all the time. As the decade wore on, I started sharing online, first on my own site, then on Mixcloud. Spotify has been a game-changer for me. I enjoy having access to almost all the music every created – but everyone isn’t a Spotify subscriber and all songs aren’t available on Spotify.

So I’m burning the discs on my desk and plan on giving them out. Do you want one?

About 20 people will get CD copies of the mix. All I ask in return is that you take a picture of the disc playing in your car or home stereo.

I want Alternate Solar System on a disc!