Funky tunes for an international audience 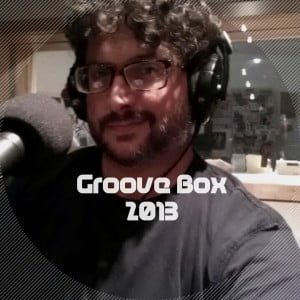 For the past few years, I’ve had an annual guest appearance on a radio show called the Groove Box.  It’s broadcast from a independent college station in Tel Aviv and is hosted by a talented, knowledgeable, worldly and effervescent DJ named Daniel Kisluk.  I listen to his show through the magic of streaming media grooving to his sets every Tuesday at noon.
Throughout the year, whenever I hear something incredibly groovy, funky or soulful, I deposit into a Groove Box of my own, which I bring with me to the studio for our show.

What’s in the Groove Box this time?